David A. Sanners, 36, of Evansville, Indiana, was sentenced to 15 months in a work release center by U.S. District Judge Richard L. Young following his guilty plea to infringement of a copyright for the purpose of commercial advantage and private financial gain. 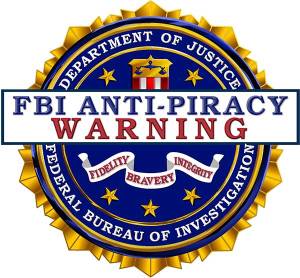 This case was the result of an investigation by the Federal Bureau of Investigation.

Sanners admitted that between May 1, 2007 and Oct. 12, 2007, he reproduced, by electronic means, and then distributed 1,202 copies of copyrighted motion pictures in DVD format. Sanners offered the DVDs for sale to customers using catalogs.

Judge Young also ordered Sanners to make restitution in the amount of $23,979 while serving a term of three years of supervised release.

Most copyright litigation is civil in nature, meaning a court finds that a defendant has infringed and orders the defendant to pay either statutory damages or actual damages and profits. However, this case emphasizes that there are also criminal copyright penalties, and Congress has shown recent interest in increasing these penalties. It should be noted that there was certainly more to this case than just copyright infringement. The DVDs were discovered along with drugs at an Evansville home daycare which only months earlier had been the site of a pornography sting. The prosecutors certainly had these folks on their radar.

For those interested, here’s the relevant provision of the Copyright Law:

(1) In general. — Any person who willfully infringes a copyright shall be punished as provided under section 2319 of title 18, if the infringement was committed —

(A) for purposes of commercial advantage or private financial gain;

(B) by the reproduction or distribution, including by electronic means, during any 180-day period, of 1 or more copies or phonorecords of 1 or more copyrighted works, which have a total retail value of more than $1,000; or